Blackbird was our friend.  At least, he was Victor’s friend, even though they never met, except in Mummy’s book.

Blackbird went to lots of shows and won lots of paper cards, rosettes and even a cup, because he was so laid back and his hair was so fabulous.  Our hair is good too, but Mummy doesn’t show us.  Auntie Doris and Uncle Bob showed Blackbird at Guinea Pig Shows.

I’ve never quite worked out why he’s called Blackbird, since he isn’t black, and he isn’t a bird.  Mummy says that he was named after an aeroplane.  Lots of Bob and Doris’s pigs are named after aeroplanes.  Mummy discovered that there’s a bird called a Nilgiri Blackbird in India, which is roughly the same colours as him, so she gave him the title of Rajah of Nilgiri in her books.  She did a short story about him one year for the A to Z Challenge, too.  He appears in Bravo Victor, and Mummy hasn’t said whether he’ll turn up again anywhere.  Mummy never met Blackbird, but Auntie Dawn did, and there’s a picture to prove it. 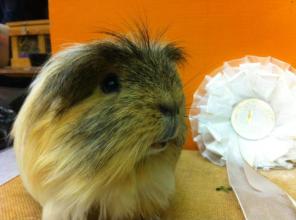 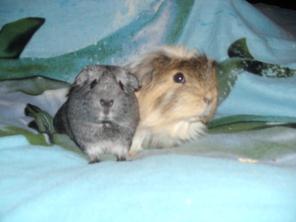 The little silvery pig with Blackbird is Glory – she’s his daughter.  She’s in the Talent Seekers.

Another pig in the Talent Seekers is Bertie, who belonged to Strigidiae.  I don’t know Strig’s real name, but Mummy met her in Scotland and she gave Hector his tartan tunnel as a present.  I know we haven’t done H for Hector yet, so I’m sorry if you’re getting confused.  Here’s Bertie admiring his book. 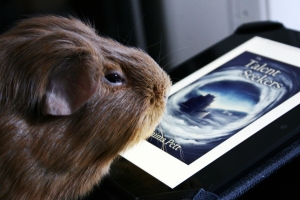 11 thoughts on “Blackbird and Bertie” 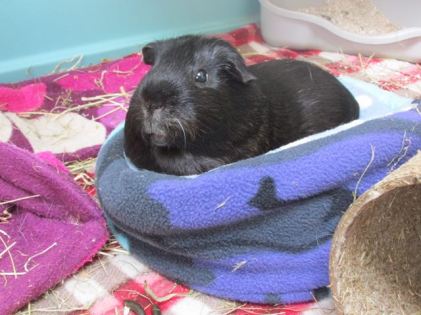 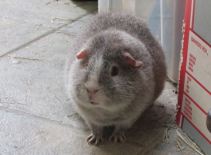 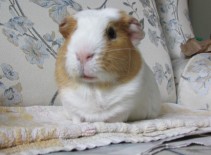 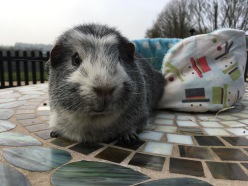 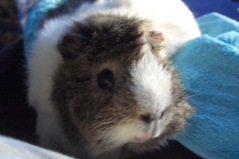