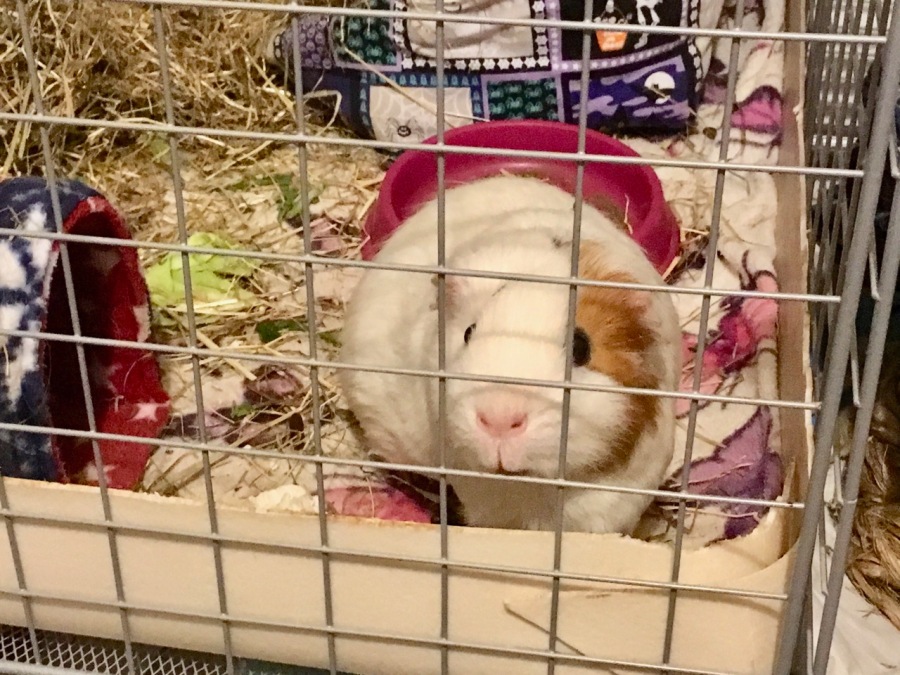 I’m pleased to tell you I’ve been a very good boy this week, and Mummy’s very happy with me.

Roscoe, on the other hand, is in the doghouse. I wonder why they call it a doghouse? He’s moved into Biggles cage and Biggles has moved in with Neville again.

Mummy got fed up with the way Roscoe kept on at Neville. Then she saw a video from Auntie Sophie with some boars she was match-making with, and showed them starting to face up to each other, so she separated them. Well, Neville and Roscoe have been doing that for weeks. So the next time they started, Mummy decided it was time to separate them.

She did this last summer, if you remember. After about four weeks Roscoe and Neville spent most of their time lying together with the cage panel separating them, so she decided they’d made up.

This time, Roscoe has been lying next to the fence panel, but Neville has kept well away. Then when Neville was by the fence panel, Roscoe went to the other end of his cage and nonchalantly ate some pellets. Apparently, because their fence panel is underneath my cage, so I have to guess what’s going on, although Biggles will tell me if I ask him politely enough.

So that’s where we are at the moment. And Mummy took a picture of the big hole in the wall they made last week.

Apparently it’s been filled in with glass doors, so it doesn’t get cold and wet indoors. Looks like there’s some nice grass there to be explored, doesn’t it?

More news next week. Hope you have a nice week with not too many holes in your walls.

3 thoughts on “All change again!” 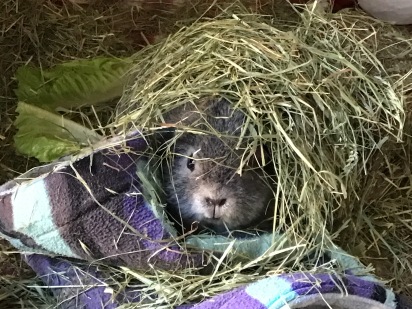