We celebrated Kevin’s official birthday last Thursday.  We had a party in the garden.  It’s okay for an hour or so in the sunshine at present, but Mummy has to go and dry the grass in the morning, and sweep the leaves off it.  Although they are very tasty leaves, she thinks we shouldn’t eat them.

Kevin had his cake with five candles on it, and he said it was yummy, so we all had a little piece when we got back in our cages.  Midge has moved in next to him, and Mummy let him go and say hello to Kev to see whether he wanted company at his party, but he didn’t.  So I let him get on with it and we ate grass and chatted through the fence until Mummy saw that I wanted to go in.  Those youngsters can stay out much longer than me.  It must be their curly coats. 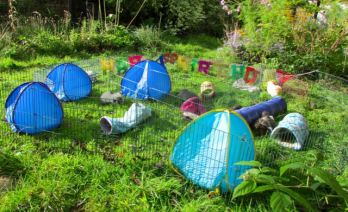 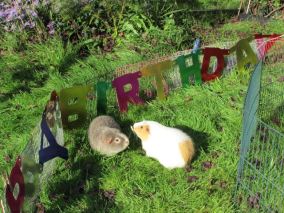 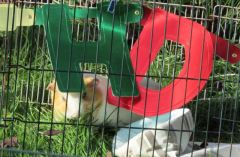 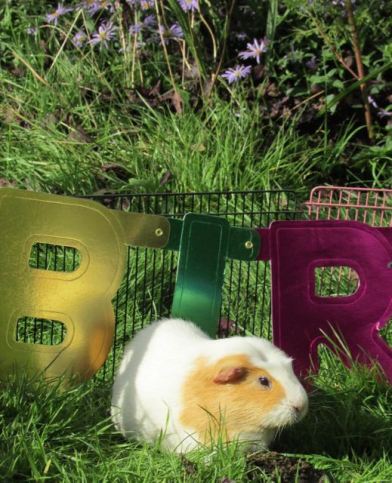 It’s a whole year since Oscar and Midge came to live here. I suppose I can do a ‘then and now’ post for next week 😉 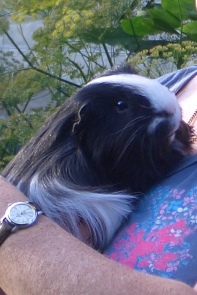 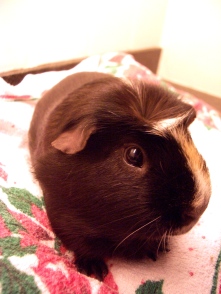