Hello again, Biggles here. I asked the others who’d like to talk about their favourite thing beginning with I for today’s challenge post, but they didn’t have one. Lucky them. I have… 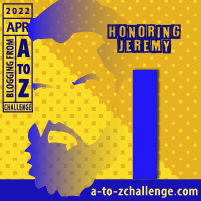 Ivermectin is a medication which kills skin insects and their eggs. Now I bet that’s put you off reading my post today, but, really, it makes me so happy that it exists, and it works.

For some reason I get mites really easily. I don’t think I pick them up in the garden, I think they’re just there. I might have been born with them. Some piggies are – I heard Auntie Doris talking to Mummy about it once. These are the invisible mites, ones you can only see under a microspope. Mummy checks us over every week to make sure we’re fit and well. (Did you spot the insect called a tick underneath my eye in yesterday’s photo? – Mummy saw that when she took the photo, she doesn’t usually show it to people!)

And it can happen that two pigs who live together, even litter mates, with one clear of mites and the other a double helping, if you like. Mummy says it happened to Dougall, Dylan’s brother. He was a bit sickly when he was born and the mites probably set in then and didn’t want to leave. He had a course of injections when he was less than six months old, and it got rid of them.

I always seem to be itchy and sore, but I didn’t usually show it until Mummy got itchy on her hands, too. Then she realised and gave me stuff behind my ears called ‘Spot On’. That’s a dose of ivermectin that works through the skin into my body and kills the mites. She has to do it several times to get rid of them.

You can’t see when I’ve had Spot On because of my thick wiry coat. But Roscoe looked terrible when he’d been done – look at the mess behind his ears!

This winter Dr Rebekah noticed I had them again, and she’s been giving me the course of injections. I’m feeling much better. But I don’t think the mites have completely gone away yet. I wonder if Mummy realises?

Ivermectin is just one of the medications I’m on. I might tell you about the others, but it might be boring. But I like medications, because they make me feel great!

Do you have any medications? How do you feel about them?

(We haven’t got a Herb of the Day today)

7 thoughts on “I is for Ivermectin #A2ZChallenge22”