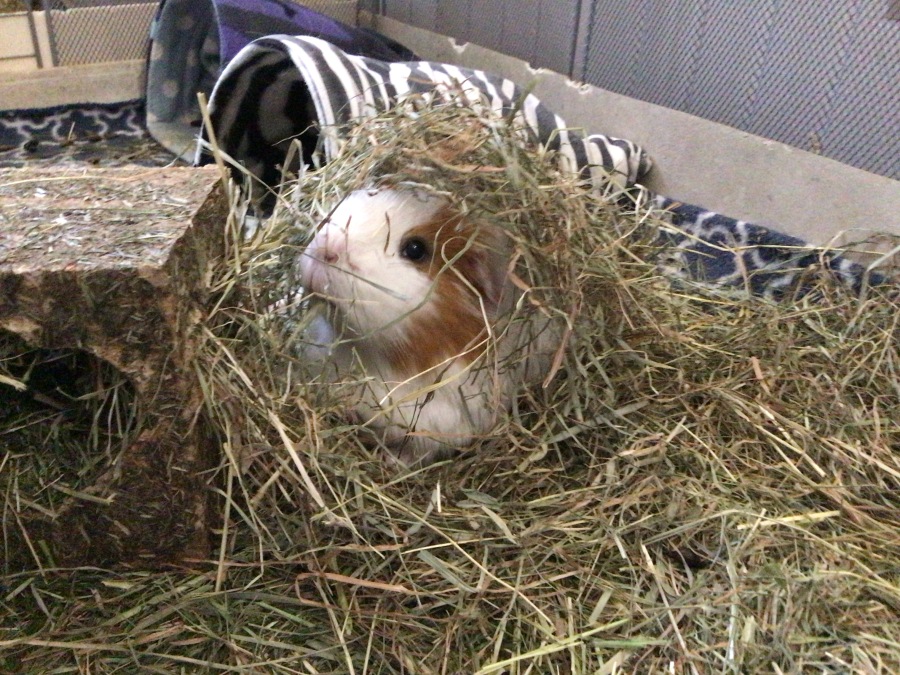 We had plenty more wild wind and rain beating on our house and windows this week. But we also had two really nice days. On one of them the builders came back to fix the summerhouse roof. Well, they arrived when it was still raining, but it got sunny just about as they were thoroughly wet. It meant the summerhouse roof got fixed, and shouldn’t ever leak again.

Our hay is still in the spare room, where it got nice and dry. Mam said it’s not going in the summerhouse until it looks really dry in there. I hope it’s ready by the time Uncle James comes to stay otherwise he’ll have to sleep with the hay boxes! I’m sure Mam wouldn’t make him do that, though.

We’ve got a HayBox delivery coming tomorrow. It’s worked really well having it every five weeks, as we’ve just about finished this last box, but not quite. Mam’s been taking photos of us enjoying our hay to send to them. I think they like putting pictures of happy customers on their website.

Another website you might find photos of us on, is Ani’s blog ‘A Small Dog: Life at the Tail End.‘ Mam’s added her to our list at the side, so we can visit her easily. Ani’s doing something called an Advent Calendar, and I’ve written a blog post about us for her. Mostly about our amazing year and all the problems we’ve had with moving and Bertie and everything. I hope people enjoy reading it. But Ani’s blogging about her amazing Mam and the troubles she’s having at the moment. I hope nothing like that happens to our Mam.

We’re lucky we’re all settled now, although war broke out last night because Ludo was still contemplating his piece of cucumber when Locksley came round and stole it from him! Well, it wasn’t really war, Ludo was pretty upset and chased him a bit, but Mam took it off Locksley and gave it back to Ludo. I don’t know whether he ever finished it, though.

Mam says Ludo isn’t the most eager guinea pig she’s ever known, but she reckons he does like cucumber. Just takes his time in taking it from her. Once he takes his first piece in the morning, though, he doesn’t waste any time taking the second or third.

I think that’s about it. No idea why we had fireworks again on Saturday and Sunday. Mam was a bit cross about it. But there’s nothing to be done, and they weren’t those ones that just go bang…bang… bang which we used to hear in Norfolk. These go whoosh crackle crackle, and only sometimes go bang. I hope those are the last of them till Christmas.

We’re having our Christmas photos taken soon. It’s earlier than usual because one of the pictures has to go to Ani to go with my blog post. Maybe I’ll be able to give you a preview next week!

Till then, keep safe, love

2 thoughts on “Just another November week” 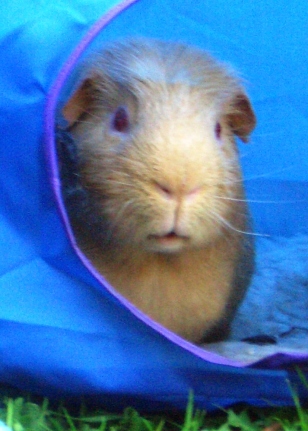 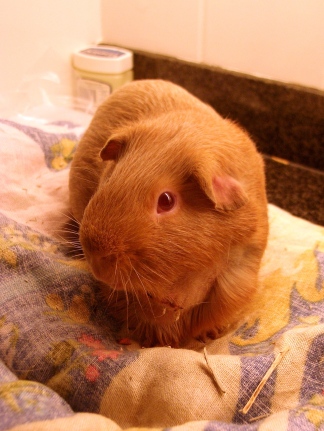 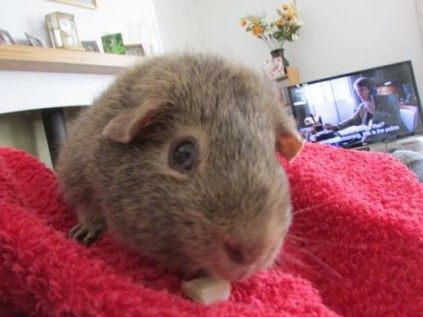 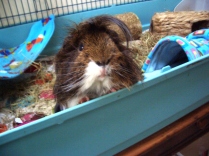 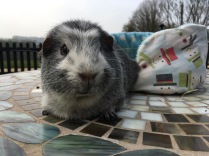 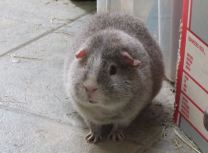 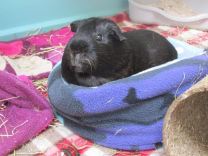 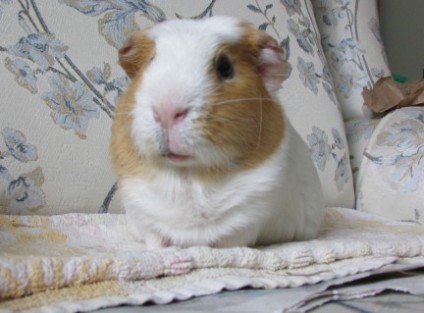